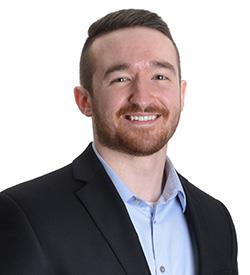 (West Fargo, ND) -- West Fargo Schools is set to have a new person manning the books.

The District announced Friday that Jean Luke Arel has accepted the position as Director of Accounting for West Fargo Public Schools.

Arel joins West Fargo Public Schools with more than six years of experience advising independent school districts and municipalities in fiscal compliance and financial reporting. He began his career in accounting in 2015 as an audit intern with Eide Bailly. From 2016 – 2018, he served as an audit associate with the company and was promoted to audit senior associate in 2018 and audit manager in 2021.

Arel is a graduate of West Fargo High School and holds a bachelor’s degree in accounting from North Dakota State University. He is also a certified public accountant with the state of North Dakota.

“Jean Luke Arel has significant experience with financial auditing, a process that ensures accurate financial reporting of school district resources.," said District Business Manager Levi Bachmeier. "West Fargo Public Schools and our community place a high value on financial transparency and responsibility, which will undoubtedly be supported by his expertise and knowledge of educational operations. He has proven himself to be a dedicated professional committed to process improvement.”

Arel will begin his position with West Fargo Public Schools on September 13th.