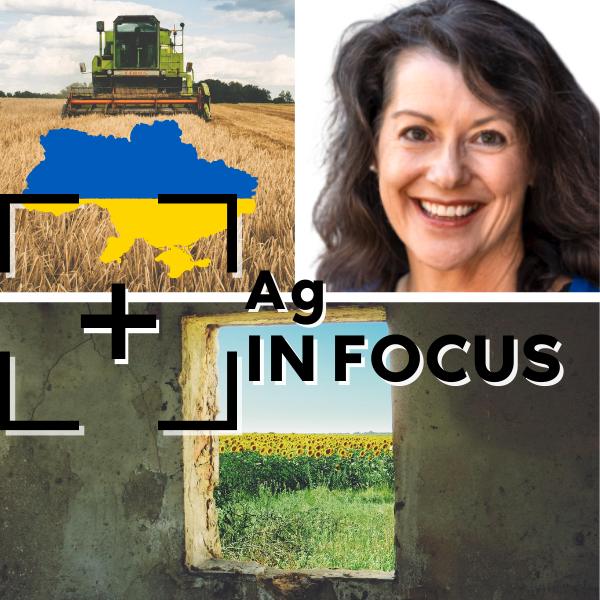 The impact of Russia’s invasion of Ukraine continues to keep our region’s farmers and agribusinesses on their toes for the growing season.
Let’s look closely at the “Breadbasket of Europe” and the impact of what the invasion means for countries that are currently not doing business as usual.
This is an agriculturally rich area similar in size to the combined geography of North Dakota, South Dakota, and Nebraska.

Everyone! Ukraine has 24% of the world's highly fertile black topsoil. If the country does not plant nor harvest a crop in a timely fashion, that action will affect countries that rely on their exports and will indeed suffer shortages. Those effects include:

What Does the Region Need From the US?

A large contingency of agribusinesses has announced boycotts of Russia including John Deere, Caterpillar, and CNH Industrial. Agco has publicly stated that they have a vested interest in supporting humanitarian efforts in the region for their employees and customers.

Agribusinesses who are suspending business in Russia include: BASF and Rabobank.

Food companies such as Nestle, Cargill, Kraft, Cocoa Cola and others are also suspending business.

Will we see empty grocery shelves in the US?

No one’s crystal ball is very clear at this point, but experts agree that the impact won’t be seen quite yet.
Supplies and products that were placed on container ships prior to the invasion have either arrived or are in transit.
The lack of a harvested crop and finished food products will be an impact that will be felt later in the year and may be easier to estimate the changes as we approach traditional harvest.

Can US farmers supply commodity crops that may no longer be readily available from Ukraine?

Several factors need to be considered:

Decisions on the farm are rarely easy.
No one knows the outcome of Russia’s invasion of the Ukraine but as you can see, we aren’t simply facing a black swan event, we’re facing an entire flock of black swans.
With much uncertainty and volatility in the market, U.S. farmers are highly encouraged to focus on their breakeven costs and cash flow projects throughout the growing season, not just at one point in the year.

Please stay tuned to more news and information as it develops for you our farmer, agribusiness and consumer audience.

Have a question?
Email your comments or questions to ag

Want more from Ag Director Bridgette Readel?
Check out all her Ag In Focus content HERE.