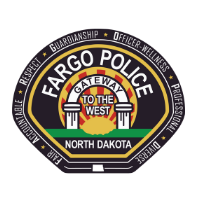 (Fargo, ND) -- A West Fargo man is in custody after reportedly breaking into an abandoned Fargo home late Wednesday evening.

The Fargo Police Department says at 7:17 p.m, officers were called to the 1500 block of 7th Avenue South, near Carl Ben Eielson Middle School, for a report of a burglary at an abandoned home. As officers were responding, the suspect had broken into an occupied home in the 700 block of 14 Street South.

As officers arrived, the suspect, identified as 29-year-old Brandon Pederson, ran out of the house. Authorities quickly set up a perimeter and located Pederson hiding in the 1400 block of 7th Avenue South.

Pederson was arrested for felony trespassing and unrelated warrants.