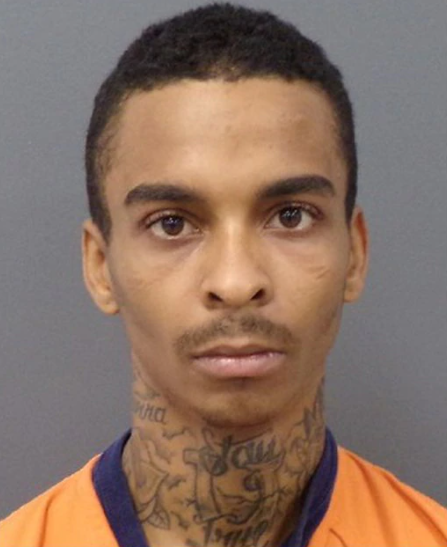 (Moorhead, MN) -- Multiple charges coming down for a man after a volatile arrest Sunday.

At approximately 7:30 pm, Moorehead Police were dispatched to the 1100 block of 19th Street South for a disturbance involving a male trying to force his way into a residence and also may be armed. As officers were entering the building, they noted a male who appeared to have placed a handgun in his waistband. Officers immediately engaged him, who immediately became combative. A handgun fell from his waistband while officers were struggling to control the male. While officers were on the ground, in a narrow hallway, fighting with the suspect, an officer used one of his hands to control the suspect's handgun and render it temporarily safe by removing the magazine and the bullet in the chamber. The suspect continued to fight, striking officers with closed fists and attempting to disarm the officers. Eventually, while facing significant resistance from the suspect, officers were able to take the suspect into custody.

Celik Campbell was transported to the Clay County Jail. Reports have been forwarded to the Clay County Attorney's Office for Felon in Possession of a Firearm, 2nd Degree Assault with a Weapon, Attempting to Disarm a Police Officer, Obstructing the Legal Process, and Possession of a Small Amount of Marijuana charges. Campbell also had an active warrant from Georgia for a probation violation.

Neither the suspect nor the officers required medical attention from the incident.