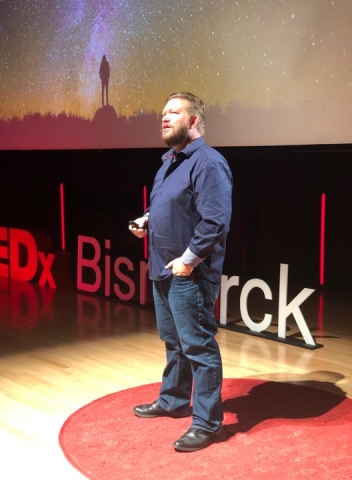 Riley’s presentation, titled “Why you should want to be replaced by a computer,” emphasized the significant disruption that advancements in technology have had over the past century and across industries. He cited the drop of global population participating in the agriculture workforce from 50% to 32% due to advancements in farming techniques and technology and emphasized the role artificial intelligence could have in taking over humans’ day-to-day, routine tasks.

Riley emphasized the limitless opportunities of artificial intelligence (AI) to do mundane, repeatable tasks, freeing up humans to engage in meaningful work that can’t be performed by a computer, asking: “What is the opportunity for humanity if we accept that technology can do the things we never wanted to do anyway?” He framed the possibilities of AI in the context of today’s unique economy where there are also more job openings than workforce, and the need to empower the human intelligence that cannot be replicated by computers.

This was Riley’s first time presenting at a TEDx event.