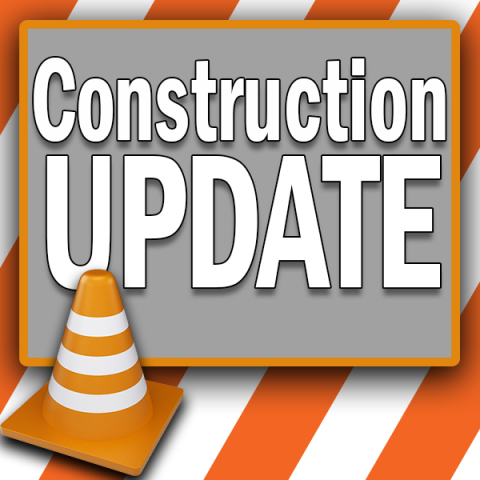 Next week crews will fully dig into the Main Avenue and 2nd Street South intersection to begin the last phase of the North Dakota Department of Transportation (NDDOT) and City of Fargo Main Avenue makeover for this year. Ahead of the next traffic shift, motorist will find additional roadway sections of Main Avenue reopening early to traffic.

The contractor, Dakota Underground, closed and started underground work on the Broadway intersection on June 25, and roadway between Broadway and 4th Street South on June 17. The opening of these last two phases is between two – three weeks ahead of the construction schedule.

Starting 7 a.m. Monday, weather permitting, crews will fully close the Main Avenue Veteran’s Memorial Bridge and the 2nd Street South underpass to all motorists, and the following traffic control will be in place until the project completion in October:

Once crews fully close the Main Avenue Veteran’s Memorial bridge, contractors will continue with roadway removals through the 2nd Street South intersection and into the underpass. Crews have started the underground work and building portions of the roundabout while maintaining one lane of traffic in each direction over the bridge since early August.

The traffic signals at 4th Street South and Broadway will both be fully functional by the bridge closure on Monday. Based on manufacturing schedules, temporary traffic signals were installed at both intersections. The permanent traffic signals will be installed in the spring as well as landscaping throughout the project limits.

The 2nd Street South roundabout and Main Avenue Veteran’s Memorial bridge will reopen to drivers and pedestrians in October when the first year of the two-year Main Avenue makeover project work wraps up in downtown Fargo. The first year of project work focused on roadway and underground improvements between Red River to Broadway. When weather conditions allow for construction activity to begin, crews will start on the second year of project work between west of Broadway to University Drive in 2020.