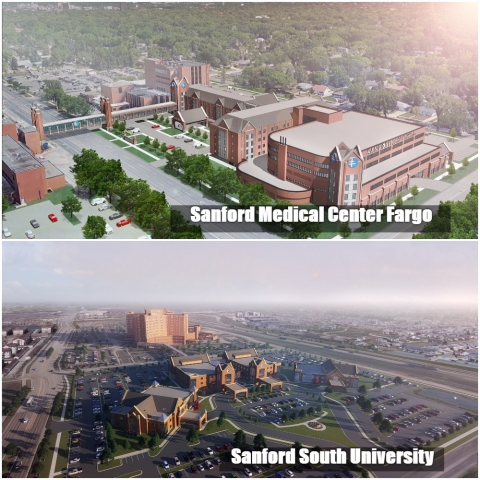 It’s been a year since the new Sanford Medical Center Fargo has opened its new campus, and now Sanford is looking to the future in announcing its vision for expansion of the new facility.

According to Sanford Health, the vision includes additional facilities and expansion plans that will help it better serve its growing patient base in the region.

The new plans include new buildings on the Sanford Medical Center Fargo campus, a large investment in the current South University and Broadway locations, and additional clinics across the metro. Sanford anticipates this expansion will invest nearly $200 million into the Fargo area.

The new plans will bring more than 200 doctors, hundreds of additional nurses and support staff, and will provide a large economic impact to the Fargo-Moorhead metropolitan area.

The first major addition will be a 100,000-square-foot Heart and Vascular Center on the land east of the new medical center that will break ground in the next 2-3 years. Future plans on that site will also include facilities focused on women’s and children’s services.

This year, the daily average of patients in Fargo is 400. More than 2.5 million patients have been seen at the three Fargo campuses this year.