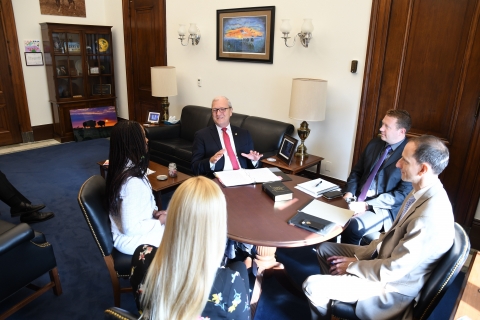 “The status quo is not acceptable. Enforcement of WPAs has rightfully become a serious concern in North Dakota,” said Senator Cramer. “What was once a cooperative, collaborative conservation community has now become a contentious one largely over what I would call heavy-handed enforcement and a sense of superiority by the government over the landowner.”

Senator Cramer previously addressed this issue with Secretary Bernhardt and Assistant Secretary Wallace who both acknowledged the problem and agreed to seek out solutions. Skipwith committed to visiting North Dakota and to meeting with landowners affected by FWS’s enforcement of WPAs.

Skipwith was nominated for this position in June of 2019. She was previously nominated for it in October of 2018, but her nomination was not considered before the end of last Congress. She is a lawyer and was the Co-Founder and General Counsel of AVC Global- an agriculture value chain company- before joining the Department of the Interior. Senator Cramer met with Skipwith in his office yesterday to discuss her nomination.