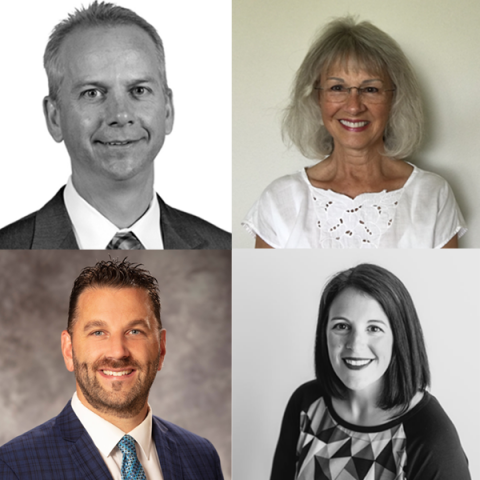 Three Fargo North High alumni and one retired faculty member will be inducted into the Fargo North High Hall of Fame for 2019 on Saturday, September 21 at the NDSU Alumni Center. The event includes a luncheon and program featuring the four 2019 Hall of Fame nominees. Event tickets are $18 each and are available from the North High office through Friday, September 13. Call 701.446.2405 or visit the school office at 801 17th Avenue North to purchase tickets.

Those being inducted are:

Amanda was a 1995 graduate of North High, representing an era when student athletes were multi-sport in nature. She was a three year letter-winner in volleyball, earning All-EDC and All-State honors, was a part of two state championships, was selected Miss Volleyball (ND), and school record-holder for service aces.

Tom graduated from North High in 1987. His primary interests were hockey and pursuing a strong academic foundation, to support his career interest.  The effort and energy he committed to those two things were rewarded in the form of a state hockey championship in 1986, and membership in the National Honor Society.

Joe graduated from North High in 1994. He had earned All-EDC Honorable Mention in football in the fall of 1993, and played in the East-West Shrine game the following summer.  He was also the wrestling team captain and voted Most Valuable wrestler for the 1993-94 season.

During her journey through the paths of foreign language teaching, Hebe earned a Master of Arts Degree from MSUM.  That experience enhanced her work with advanced levels of instruction, and included the study of Spanish, Italian, and German. Her career with North High began in 1975 as a part-time French instructor. Shipp spent 30 years teaching all levels of French, Spanish, and Foreign Language Exploration until retiring in 2005.