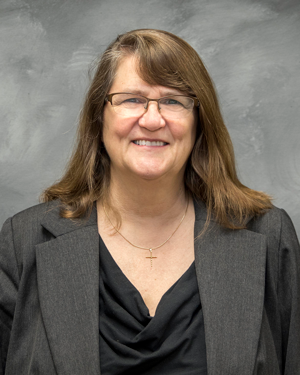 DesHarnais served in the St. Paul District for 33 years, retiring in 2018 as the deputy district engineer for programs and project management. In this role, she served as the senior ranking civilian and deputy commander of a nearly 700-person workforce that encompasses 49 locations in North Dakota, South Dakota, Minnesota, Wisconsin and Iowa. She was a critical leader in planning, resourcing and building public works engineering projects during her three-decade career.

DesHarnais joined St. Paul District in 1985 as one of the district’s first female engineers. She made history in 2001 when she was promoted to be the district’s and Corps’ first female deputy district engineer for programs and project management. During her tenure, she directed major flood risk management projects that have saved lives and prevented more than a billion dollars in property damage. She championed Fargo, North Dakota, Moorhead, Minnesota, Metropolitan Area Risk Management Project, the first public private partnership of its kind in the Corps of Engineers’ history.

"Judy is an inspirational leader of character with a distinguished record of public service," said Col. Karl Jansen, St. Paul District commander. “She fostered strong relationships and established a foundation of excellence for the St. Paul District that continues to provide strength and purpose as we engineer solutions for the nation’s toughest challenges.”

In 2018, DesHarnais was honored as a finalist for the nonprofit, nonpartisan Partnership for Public Service, Samuel J. Heyman Service to America Medal; the nation’s premier award dedicated to honoring America’s best in government.