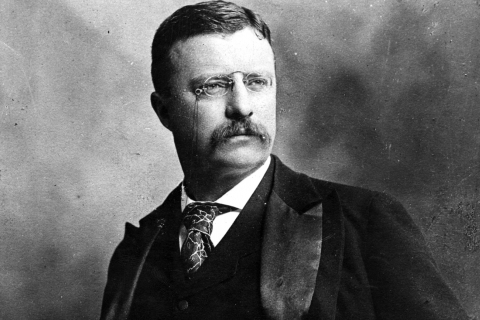 (Fargo, ND) -- The newly appointed CEO of the Theodore Roosevelt Presidential Library and Museum Edward O’Keefe tells AM 1100 The Flag that he is confident that a fundraising goal of $100 million dollars will be met.  O’Keefe, on the Need To Know Morning Show, said “I was humbled and honored (to have been offered the position) and I wouldn’t have said yes if I didn’t think we could get it done.”

O’Keefe is an Emmy and Peabody Award winning journalist, having spent more than two decades in the news business, with CNN and ABC news, among others.

“I think of this as a true national campaign,” said O’Keefe.  “The thing about Teddy Roosevelt is that he was born in New York and reborn in North Dakota.  He transcends geography and party.  So many people in so many places around the world love this individual for many reasons.  ($100 million) is an audacious goal.  The museum is living somewhere between audacious and impossible.  It’s a big goal but we will get there, and I think we’ll get there because of this person…who is so universally popular in so many places.”

The North Dakota State Legislature, in its last session, committed $50 million toward the project on the condition that private donations of $100 million could be secured.  About $50 million in donations has already been committed, and O’Keefe says that board members and friends of the project have been talking to potential donors for the last month.  In addition to large donors, he says “We want average donations as well.  We want the kid with the lemonade stand to donate, too... Money is the headline, but what’s really important is that the people of North Dakota realize why we’re doing it and get involved in the effort.”

O’Keefe says his goal is to have the $100 million raised by the time the legislature convenes in January of 2021.