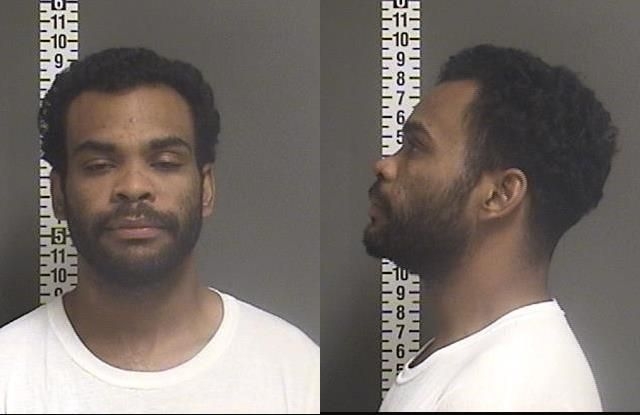 This morning, at 12:17 a.m., Fargo Police officers were dispatched to the 1100 block of 22nd Street South,for a male who had been threatened by another male with a handgun.

Officers arrived and learned the victim recognized the male and stated he frequents an apartment in the complex. Officers set up a perimeter. A female exited the apartment and confirmed the male was inside the apartment.

Officers started negotiating with the male, identified as Arsenio Eugene James, age 31, of Fargo, from the hallway. Arsenio refused to surrender, and tried to go out the balcony but was met by our Officer and K9. The officer gave a K9 warning and Arsenio climbed back over the railing and went back inside.

Eventually, Arsenio exited the apartment on his own and was arrested for Terrorizing and Felony Possession of Meth Paraphernalia