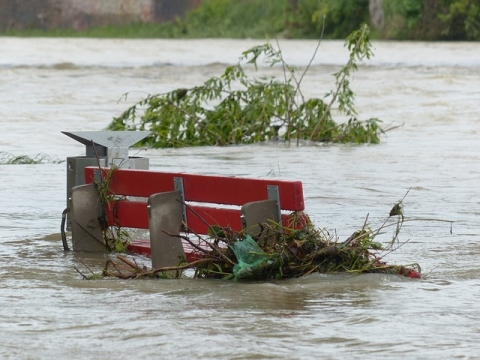 Monday’s rain combined with current high water on the Sheyenne and Maple Rivers increase the chance for significant flooding in parts of Cass County.  As of today, some rivers are at their lowest points in the last few weeks.  Residents should not let these low levels make them complacent.  With the rain and significant releases come out of Baldhill Dam, the Sheyenne River will be near major flood stage in both Harwood and Kindred by the end of the week.  These levels are expected to remain high for the next several weeks.

Later this week the Sheyenne River is expected to crest at Kindred at 20.4 feet and at Harwood at 90.0 feet.  The Maple River in Mapleton is also expected to crest again this week at 20.0 feet.  Residents should be prepared for overland flooding with high water in ditches, drains, and other tributaries.  We are expecting minor to moderate flooding on the Red River and Wild Rice River.

Residents are encouraged to remain vigilant as flood conditions change and while travelling in areas with overland flooding, or while driving in areas where roads have experienced washouts.  Cass County gravel roads have not experienced any washouts and are generally in good condition.  However, with the wet conditions, many Township gravel roads, and especially minimum maintenance roads, are in poor condition.  Cass County officials encourage people to drive on only “improved gravel roads” and limit travel on the dirt and minimum maintenance roads.  Township roads are needed for getting crops off the field and it is important that we limit damage them while they are under such wet conditions.

Residents with flood questions should go to www.casscountynd.gov or our Flood Hotline at 701-241-8000.  Flood Hotline will be answered from 8:00am-5:00pm.  Cass County does have 30,000 filled sandbags available.