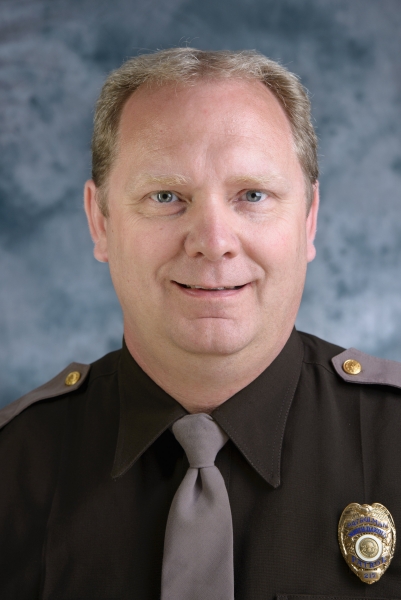 Todd is a 28 year member of the NDHP and is retiring at the end of November.  Todd was hired as a trooper in 1991 and has been a trooper in Hazen, Bismarck and most recently the Fargo area since 1994.  Todd is the most senior member of the NDHP SE Region and is a resource for all our younger troopers.  He sets an example with exemplifying the values and traditions of the NDHP.  Todd has had 24 years of safe driving within our agency, setting the example for the public during his day to day traffic patrol.

Trooper Ebens has received dozens of thank you notes and letter of the years for his assistance with motorists, for his contributions during difficult crash investigations, for his assistance with our local, state and federal law enforcement partners and even motorists that were stopped for violations.  Todd has always been a professional spokesperson for our agency.  Trooper Ebens has always been willing to lend a hand to another trooper, another agency and to the public we serve.  He remains the NDHP Fargo Office Property Control Officer managing our evidence inventory and coordinating with other troopers and the ND State Crime Lab for evidence testing.  Todd has also been a pillar of his community and is involved in numerous ways through organizations and volunteer opportunities.

Congratulations to Trooper Ebens on his upcoming retirement and his selfless dedication to the NDHP, the State of North Dakota and our citizens for over 28 years!