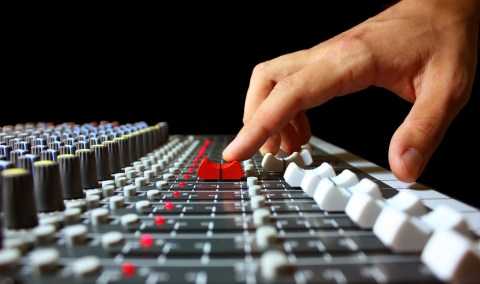 U.S. Senator Kevin Cramer (R-ND) tells WZFG News that he voted against a 2% across the board spending cut because it didn't address his concerns about federal spending.  The proposed amendment, introduced by Kentucky Republican Rand Paul, was voted down 67-24.  It had been attached to the spending bill being debated in the Senate.

Twenty-five Republicans voted no, along with most of the 47 Democrats in the Senate. Among those voting no were Senate Majority Leader Mitch McConnell (R-Ky.), Senate Minority Leader Chuck Schumer (D-N.Y.), and Sen. Lindsey Graham (R-N.C.).

Paul, a libertarian-leaning Republican, has repeatedly tried to introduce amendments to cut down on government spending, but has been unsuccessful.  The bill did not get a single Democrat vote.  A number of prominent Republicans voted yes, including Ted Cruz (R-Texas), Chuck Grassley (R-Iowa), and Mitt Romney (R-Utah).

Cramer tells WZFG, "I voted against the Paul amendment. It is unserious legislation meant more as a gimmick than a serious proposal and does not even address one of the main drivers of our debt: mandatory spending. I will not vote for a political stunt which would hurt our farmers while failing to fix our government’s actual spending problem.”

North Dakota's other senator, John Hoeven (R), tells WZFG's Scott Hennen that he voted against it for the same reasons given by Cramer.

The bill was boosted by the Club for Growth which said: “The National Debt exceeds $22 trillion and the federal government is incurring over $1 trillion in annual deficits for FY2020 and beyond. Congress needs a plan to balance the federal budget and reign in spending. This amendment would begin to put federal spending on a path to balance by cutting two percent in spending for FY2020 from the FY2019 enacted level.”

Student suspended after loaded BB gun found in student backpack
7 hours 36 min ago
North Dakota reaches 200 deaths in COVID-19 pandemic, changes coming to long-term care
7 hours 45 min ago
Cass County COVID-19 cases rise, hospitalizations remain static
9 hours 24 min ago
Rep. Armstrong is curious why Democrats won't sign an extension for the Paycheck Protection Program...
10 hours 4 min ago
Sanford Health received the 2020 Secretary of Defense Employer Support Freedom Award!
10 hours 14 min ago
Did you know the University of Mary has a new engineering facility on campus?
10 hours 25 min ago
Find out how the folks at Bethany Retirement Living have created a safe environment for your loved ones.
11 hours 45 min ago
We dig into the latest COVID-19 numbers with Desi Fleming.
11 hours 59 min ago
Detective Seth Saarinen, we salute you!
12 hours 4 min ago
Community artwork in West Fargo taking shape, features children's work
14 hours 34 min ago