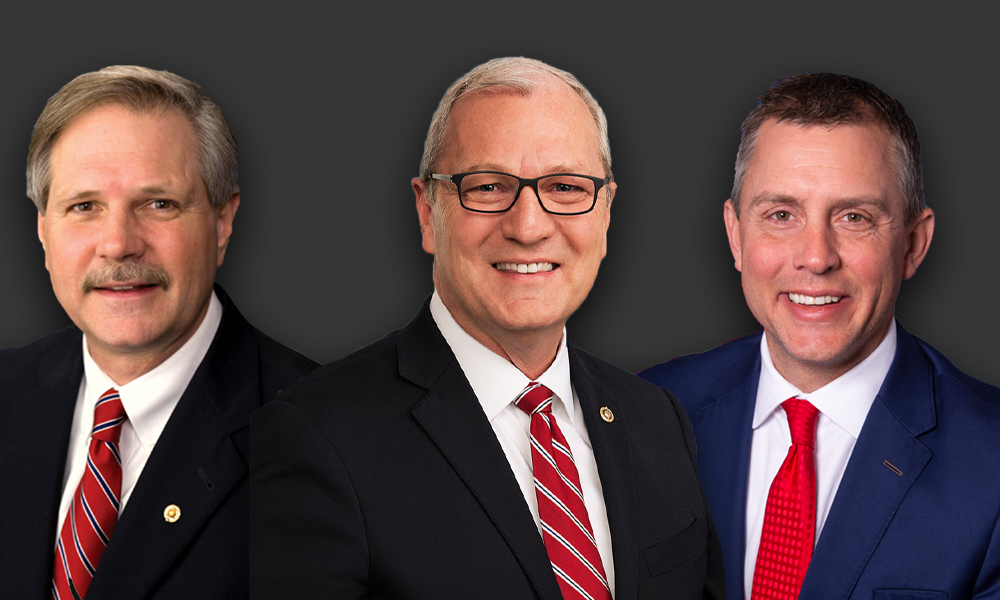 Senators John Hoeven and Kevin Cramer and Congressman Kelly Armstrong today urged U.S. Agriculture Secretary Sonny Perdue to approve the State of North Dakota’s request for an agriculture disaster designation as a result of the extreme late season rainfall as well as the early snowstorm. The state is seeking a designation for 47 counties. Producers in counties with an approved secretarial disaster designation for the blizzard will be automatically eligible for disaster assistance under the Wildfire and Hurricane Indemnity Program Plus (WHIP+).

“Producers in North Dakota have been challenged this fall with excess moisture and the early snowstorm. These natural disasters are compounding an already challenging time for our farmers and ranchers,” said Hoeven, chairman of the Senate Agriculture Appropriations Committee. “We’ve worked to make disaster funding available to help producers recover from these natural disasters. That’s why we’re urging Secretary Perdue to issue this disaster designation, which will make assistance available to help our producers who lost crops.”

“Many North Dakota producers were greatly impacted by recent snowstorms and excessive rainfall,” said Senator Cramer. “Secretary Perdue has been consistently attentive to the needs of our agricultural community, and we hope he approves this disaster designation.”

“Unprecedented September rain and an early October snowstorm have combined to give North Dakota farmers a terrible harvest season. With a secretarial designation, producers will be able to access disaster relief that is essential in helping them recover from these events which are beyond their control,” said Armstrong.

The text of the letter is below:

We are writing to express our full support for the request submitted by the State of North Dakota for a secretarial disaster designation due to extreme early season snowstorms and excessive rainfall. Thank you for your consideration of this request.

On November 1, 2019, Governor Burgum submitted a request for a secretarial disaster designation for 47 counties in North Dakota based upon the excess rain and snowstorms that are adversely affecting the area. These counties were identified, with the assistance of local Farm Service Agency staff, as those meeting the criteria for at least a 30% crop production loss.

September 2019 was the wettest on record for North Dakota. Since September 1, rainfall totals in areas of northwest and northcentral North Dakota reached upwards of eight inches, accounting for more than 500% of the normal average precipitation for the same time period. This extreme rainfall has caused significant delays for those attempting to harvest their crops.  The latest crop progress report indicates that producers have harvested none of the corn or sunflower acres, very few of the sugarbeet and soybean acres, and only half of the potato acres. Combined with recent heavy snowfall, farmers have been left with a crop worth only a fraction of its original value, or no value at all.

We are grateful for the actions taken this year by the Trump Administration to bring relief to North Dakotans struggling due to adverse weather conditions.  For example, the Federal Emergency Management Agency (FEMA) has designated 19 counties as primary natural disaster areas due to widespread flooding this spring. Unfortunately, our producers are now facing severe losses from snowstorms and excess rainfall, disaster events which require a secretarial designation to enact eligibility for crucial programs like the Wildfire and Hurricane Indemnity Program Plus (WHIP+).

We urge you to approve a secretarial disaster designation as soon as possible so that the necessary federal resources are available to help our producers and assist our state during this hardship. Thank you for your prompt attention to this request.