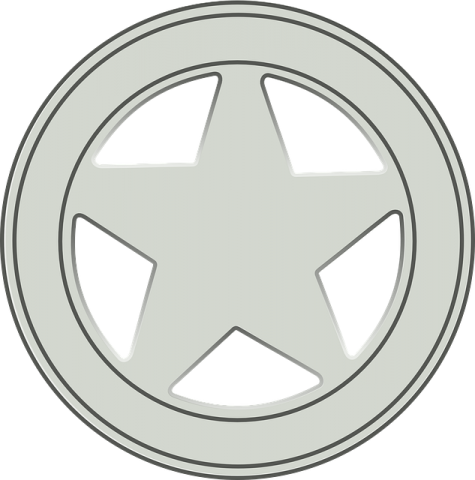 In just four months, the High Plains Fugitive Task Force operating in the Bismarck-Mandan region netted one-hundred fugitives who were arrested based on outstanding warrants charging offenses ranging from distribution of dangerous drugs to robbery, sexual assaults, and firearms violations. Task force members also seized 228 grams of methamphetamine, one gram of heroin, and one handgun during the arrests.

In June 2019, the Burleigh County Sheriff’s Office, Bismarck Police Department, Mandan Police Department, and the Morton County Sheriff’s Office joined forces to become part of the U.S. Marshals Service’s High Plains Fugitive Task Force.  The agencies teamed up with the common goal of capturing the most wanted fugitives to bring them to justice.  The task force focuses on locating and arresting people who are wanted for crimes of violence or serious drug offenses. A Deputy U.S. Marshal supervises the task force’s operations in the region.

Burleigh County Sheriff Kelly Leben sees a great advantage in this Task Force.  “Considering the quantity and quality of warrants that are being served, we consider this partnership a success and look forward to the continued teamwork”, Leben said.  “Getting wanted people off of the streets and back into jail will make our communities safer.”  The Burleigh County Sheriff’s Office has had a deputy sheriff assigned full-time to the task force since it began in June.

“This has been a great force multiplier for the City of Bismarck, which has already helped us and the courts hold people running from warrants accountable for their actions,” said Bismarck Chief of Police Dave Draovitch.  The High Plains Fugitive Task Force has also become a valuable resource for locating key witnesses as detective conduct various investigations.

Mandan Chief of Police Chief Jason Ziegler is also very supportive and happy with the results.

“The City of Mandan’s citizens and visitors are much safer with the efforts of this joint fugitive task force. The outstanding cooperation between all of the Metro area agencies and the U.S. Marshals is an efficient and effective use of all of our resources.”

“The success of this task force is largely because law enforcement agencies are supporting one another in fugitive investigations, and we are seeing first-hand how that collaboration of resources is making a difference by getting dangerous individuals off the streets, and creating safer communities,” said Morton County Sheriff Kyle Kirchmeier.

U.S. Marshal Dallas Carlson said, “We have two main reasons for making this a priority; arresting the people that are intentionally avoiding the results of their illegal activity, and using proven methods to keep the public safer.  By combining resources in this manner we are accomplishing both.”

The High Plains Fugitive Task Force operates across all of North Dakota and, when necessary, utilizes other U.S. Marshals Service task forces nationwide or even internationally to make arrests for crimes and warrants that originated in North Dakota.  The task force is based in Fargo with other offices located in Bismarck and Grand Forks.  Task force officers statewide arrested 602 fugitives, including 51 gang members, and cleared 714 warrants by arrest (466 state/248 federal) during the past year.  Five kilograms of narcotics, 8 vehicles, 10 firearms, and $64,257 in currency were seized.