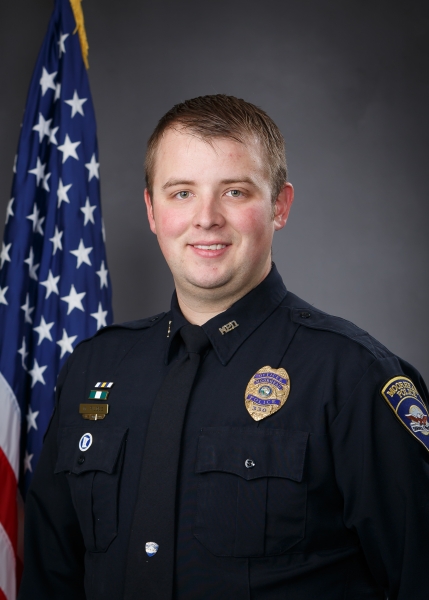 One of Mike's exceptional personality traits is his ability to be professional yet empathetic to others. Officer Fildes is always willing to lend a hand to another officer, another agency, and the public. He often goes beyond the reason for call and spends time with the public getting to know them.  Recently he was seen providing gas to a stranded motorist to get them home. He also bought a pizza and gave it to some kids when they told him they were hungry after mom was arrested for an outstanding warrant.

He often gives K9 demonstrations with his partner, Argo. Through these education efforts, he impacts hundreds of our youth each year.  Officer Fildes responds to several agency assists with his K9 partner throughout the metro area and surrounding counties. A recent successful assist came in August as he deployed Argo to track a vehicle theft suspect at the request of the Ottertail County Sheriff's Office. The suspect almost struck a law enforcement officer with the stolen vehicle.   Shortly after, the suspect had fled on foot. Mike and Argo successfully tracked the suspect and apprehended him.

Leadership asked his co-workers were requested to add comments for the nomination of Officer Fildes; their comments show the appreciation they have for him. They stated, "Mike is one of the most selfless individuals I've ever worked with. Officers in our department gravitate towards Mike because of his leadership, professionalism, and his desire to help others. He unselfishly dedicates himself to the Moorhead Police Department through numerous extra assignments. We are beyond grateful to have him as a partner. Mike is a leader in the patrol division.  Officers look up to him, and he is always there to help his partners."

Mike has received several Letters of Commendation for his professionalism and respectful behavior while interacting with the public."