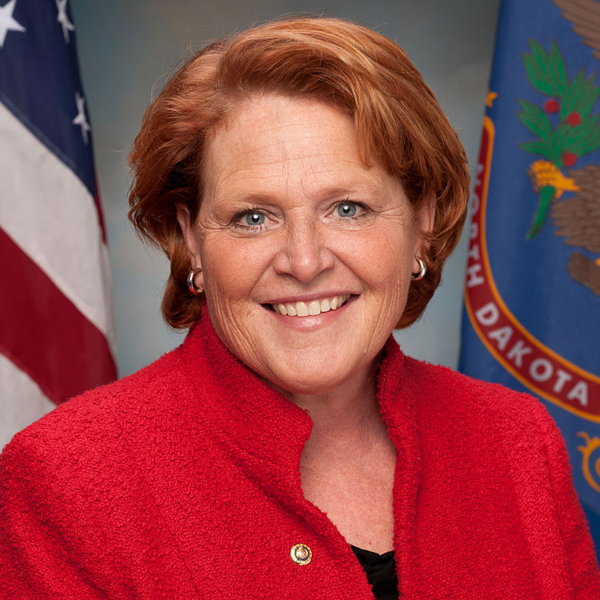 U.S. Senator Heidi Heitkamp today continued her discussions with North Dakota farmers, ranchers, commodity groups, and faith leaders across the state about ongoing Farm Bill negotiations which she is working on, priorities she fought to include in the bipartisan Senate-passed Farm Bill, and the damaging impact of the administration’s escalating trade war.

In Rugby today, Heitkamp met with representatives from the North Dakota Farmers Union, the U.S. Department of Agriculture, the North Dakota State University Extension Center, the North Dakota Grain Growers Association, CHS, the North Dakota Soybean Council, and other agriculture, business, and community organizations. During the meeting, Heitkamp heard their concerns about trade uncertainty created by the administration’s trade war and the ongoing renegotiation of NAFTA. Heitkamp also discussed her priorities in negotiating and passing a 2018 Farm Bill that advances a strong safety net, boosts access to markets, and helps support the next generation of producers.

“Since arriving in the U.S. Senate, my top priority has always been to craft, negotiate, and pass a strong, bipartisan Farm Bill that works for the crop and livestock producers of our state. We did that in 2014, and I’m pushing to make sure we do the same this year before the current bill expires at the end of September,” said Heitkamp. “As harvest begins across North Dakota, it’s a reminder that our producers have spent years developing their export markets, and those critical trade relationships could vanish within the span of just one growing season. That’s unacceptable, and we need to make sure rural America’s voice is heard in Washington. Today in Rugby, I heard from ag leaders about how a strong Farm Bill can give them the safety net need they need, and I’ll push for a Farm Bill that gives some additional certainty to our farmers amid trade uncertainty and low commodity prices.”