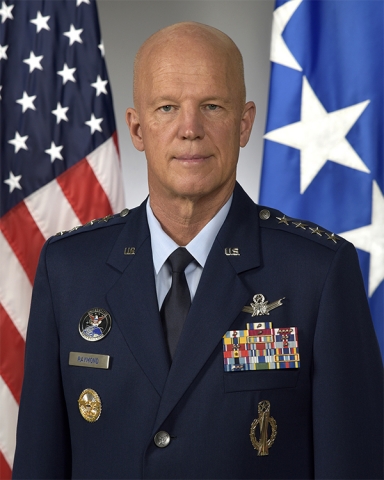 U.S. Senator and Senate Armed Services Committee (SASC) member Kevin Cramer (R-ND) announced today he will host General John “Jay” Raymond for a visit to North Dakota this Friday. General Raymond serves as the Commander of the United States Space Command and Chief of Space Operations for the recently authorized 6th branch of the military, the United States Space Force.

“As we seek to bolster American dominance in the realm of space, North Dakota holds great potential for contributing to this effort,” said Senator Cramer. “General Raymond began his military career stationed at the Grand Forks Air Force Base. I look forward to hosting him and to hearing how North Dakota can best contribute to our nation’s space operations.”

The day’s events begin with a walking tour of the University of North Dakota’s (UND) Space Studies program followed by a town hall with ROTC and Space Studies students. The group will then depart for Cavalier Air Force Station to tour the station and to participate in a Ribbon Cutting Ceremony for the base’s new SCIF.

As last year’s National Defense Authorization Act (NDAA) was being crafted, Senator Cramer fought strongly for the creation of a U.S. Space Force. The Senator stressed this issue multiple times with General Raymond during his nomination process. The General was confirmed to his post at the end of June.

As the Chief of Space Operations for the U.S. Space Force, General Raymond leads the organizing, training, equipping and maintaining of mission-ready space forces and capabilities for U.S. Space Command and other combatant commands around the world. After completing his bachelor’s degree at Clemson University, General Raymond served at the Grand Forks Air Force Base from 1985 – 1989.