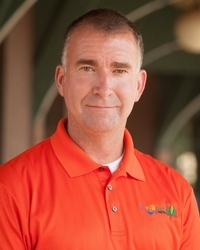 The Fargo Park District has tabbed its interim director as its new leader.

Dave Leker, who served as interim director following the resignation of Joel Vettel, has been offered the position of executive director.

Leker has been with the Fargo Park District since 1999, starting out as the Parks Director until becoming the Deputy Director in 2017.

Leker was selected as the top choice from the five finalists interviewed over the past two weeks. Each of the finalists brought a variety of background and experience in leading, managing, and running park facilities. The board considered feedback on each of the finalists from staff, key stakeholders and the public when making their decision.

The board directed Fargo Park District staff to begin negotiations with Leker in anticipation of him assuming the role by mid-late February 2020.