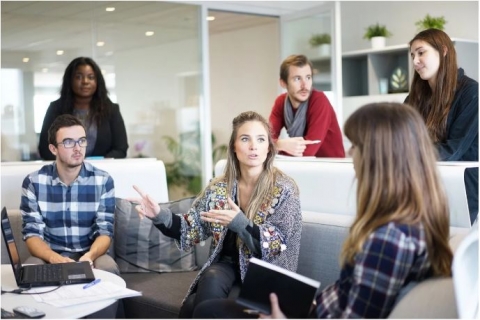 Here in the physical realm, corporations and individuals rely upon the US government to stay safe. But in the digital world, things are not the same. Until relatively recently governments have paid scant attention to digital safety, take the UK’s NHS data breach as one key example.

Instead, governing bodies tend to pay more attention to their digital offensive capabilities, leaving organizations and companies to fend for themselves. Perhaps national security experts viewed cybercrime and attackers as somewhat benign and incapable of mass-scale damage.

These experts are now sitting up straighter as Twitter bots, internet of things technologies, and increased levels of hacker sophistication (among other factors) have shown that intangible threats can have very real tangible effects on companies, individuals, and national sovereignty.

In August 2019, French President Emmanuel Macron unveiled the Paris Call for Trust and Security in Cyberspace declaration. The declaration calls for improved cybersecurity practices and a set of international internet standards. So far, 67 nations, 358 companies, and 139 organizations are signatories. Russia, China, and the US are not yet signatories.

While largely symbolic at this point, the move shows a willingness among the varied parties and groups to meet cybersecurity challenges head-on. While governmental measures are slow to catch up, companies are taking matters into their own hands.

Not content to wait for government assistance, an increasing number of tech-forward corporations have begun forming key alliances to boost cybersecurity. Some, like Siemens’ 2018 Charter of Trust and Microsoft’s Cybersecurity Tech Accord act as self-regulating bodies with views to set standards that are taken up by others; the latter’s statement of intent includes aims such as building “a safer online world by fostering collaboration among global technology companies.” These ambitions reveal a focus on the global internet using community and tech companies.

Other companies are teaming up with a focus on individual consumers’ online safety and security. In one recent and well-received announcement, HP revealed that it was working in alliance with both ExpressVPN and LastPass to bring greater personal security and privacy tools to clients.

It is the first alliance of its kind and sees a major hardware manufacturer include a windows VPN as standard software on its new range of computers. Once considered tools for dodging streaming barriers or as access pathways to torrenting sites, VPNs have become the new personal computer safety standard, one an increasing number of users will not do without.

In fact, VPN use is steadily on the rise according to PCmag and HP’s inclusion of ExpressVPNs software indicates the company understands that consumers are turning to hardware and device manufacturers to plug the cybersecurity gaps left by rapidly advancing technologies and slower organizing bodies.

Digital technology is heavily reliant on wide-ranging connectivity so it makes sense for hardware companies and software-as-a-service providers to connect their skill sets and help consumers click into the digital realm with confidence.

If we see tech companies move towards isolation, where they don’t share their knowledge of cybersecurity measures or form alliances with other tech giants, we ought to worry because isolationism is a threat to all the benefits we’ve gained through worldwide internet use — and the very antithesis of innovation.

Users who are keen to support online privacy, security, and innovative tech security alliances, can do so by voting with their wallets. HP’s new range of Spectre x360 computers all come with a Windows VPN app as standard. We also like their built-in instant privacy screen, with a push of a single button, users can black out the display. It’s a simple solution to the most simple tool in a hacker’s arsenal, peering over a user’s shoulder.

And while the global internet-using community waits for their respective nations to develop standards that both regulate safe internet use and allow users their online privacy, it’s pleasing to note that companies are taking the initiative.