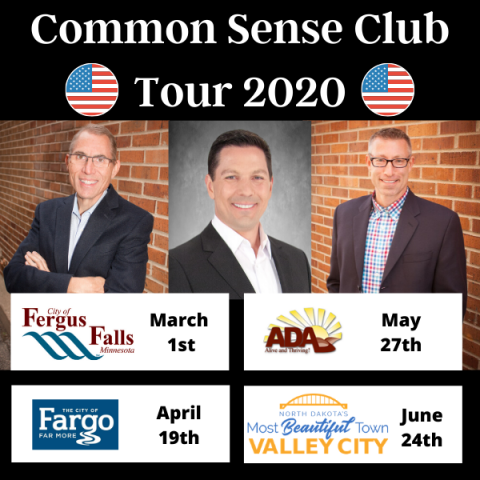 The Common Sense Club Tour 2020 kicks off Sunday night at 5 p.m. at the Bigwood Events Center in Fergus Falls, Minn. The tour is presented by AM 1100 The Flag and will include The Need To Know Morning Show host and Flag Family Media President Steve Hallstrom, What’s On Your Mind host and Flag Family Media managing partner Scott Hennen, 6:30 POV host Chris Berg and others.

“Minnesota’s seventh district is one of the strongest Trump districts in the country,” Hennen says. “Despite that, every Trump supporter enjoys knowing there are so many others who feel like you do.”

Hennen goes on to say the “grassroots support for this President is absolutely amazing.”

Hennen, Hallstrom and Berg will give those in attendance their inside perspective and an up-to-the-minute analysis on what’s happening in Minnesota’s statewide races, key Congressional races, the battle for Minnesota, and President Trump’s campaign for re-election.