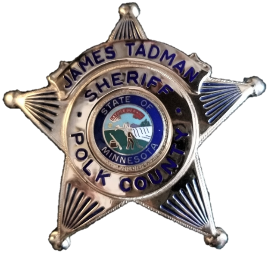 Upon arrival the Oklee Fire Department assisted in removing the vehicle from the ditch and the driver was not located.  Deputies investigated the accident and located foot tracks leading away from the scene.  The Grand Forks County Dive Team was contacted and also began responding to this incident to attempt to locate the driver as it was not clear if the driver had left the scene or not.  After some time, a Polk County sheriff’s deputy was advised that the driver had contacted a friend in Oklee, MN, and stated he was fine.  Deputies interviewed the friend and then cancelled the search.

The driver of the vehicle was identified as Cody Lee Wendell, age 28, from Greenbush, MN.  The crash is still under investigation at this time.