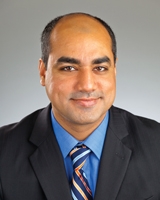 Just days ago, the talks of hydroxychloroquine began surfacing as a possible prevention or treatment to the COVID-19 disease. But those talks have changed to trials, as, on Monday, Sanford Health announced it was going to be “leading a comprehensive clinical trial” involving the anti-malaria drug, hydroxychloroquine.

Dr. Avish Nagpal, a Sanford Health Infectious Disease Specialist at Sanford Health in Fargo, says that the facility has been using hydroxychloroquine for treatment purposes, in conjunction with azithromycin. But, now, a new trial has begun, and it is aimed towards prevention. Nagpal appeared on The Nightly Review Thursday evening on AM 1100 The Flag

“If someone has been exposed to COVID,” Nagpal said. “You give them hydroxychloroquine and see if it makes any difference.”

Nagpal says the doctors are looking into whether the drug: A), prevents patients from getting the disease; or B) if they get it, does it ride a lighter course.”

Initially, Nagpal says Sanford is doing treatment for people with serious disease who end up in the hospital. The results have been mixed, he says, and it’s very early to tell how the treatment works or if it doesn’t. He says, however, that now that there is more supply of the drug, it can be expanded to patients who do not require hospitalization.

“We want to do it because ideally you give a certain kind of treatment to one subset of patients and make sure another subset is getting a placebo,” he said. “Then you compare the two and make sure that the two groups are actually comparable, and see whether this medication has any benefit or if it is the same as the placebo.”

He calls this “advancing the science.” Nagpal says the timeline is quite length—it takes months to design the trial, months to run it and months to analyze the results.

“We are at least six months from having conclusive data on whether the drug works or not,” he says.

Later in the course of the trials, Nagpal says Sanford may trial with people who are asymptomatic and who have had the exposure, but not the disease yet.

With the disease popping up and increasing exponentially at a high rate, Nagpal says, “We are running against the clock, so we have to increase our efficiency and design our trials on the go, and start as soon as possible.”

Nagpal says Sanford Health is looking at bringing the antibody testing in-house. But, he says, the process could take three to four weeks.

Moreso, Nagpal says doctors need to “look at how we integrate that test.” Currently, the test is not needed from a diagnosis standpoint, he says, but from more of an epidemiology standpoint.

“The first question is, how good is that test?” Nagpal said. “Is the result truly match to Coronavirus or another virus.”

Based on other data, usually a respiratory infection only happens once in a season, with ‘short to medium immunity’, but it is currently not known if this holds true for Coronavirus, as the virus itself is only three to four months old.

“So far we haven’t heard of any major issues with reinfections, but remember the virus is only four months old,” Nagpal said.