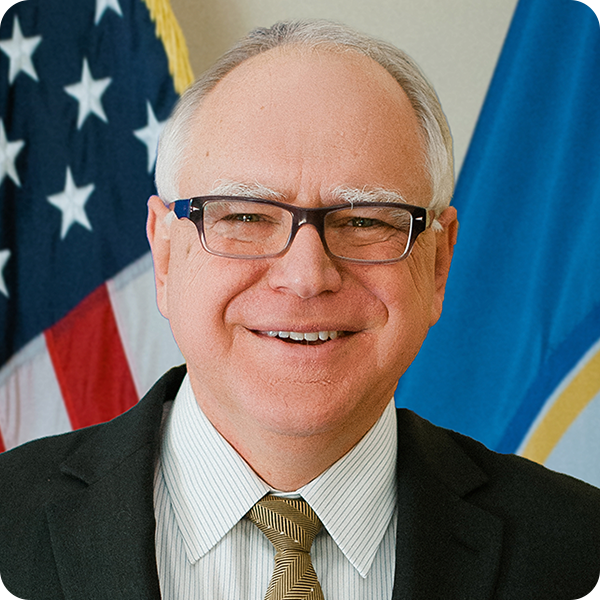 Minnesota Governor Tim Walz, earlier this week, criticized President Trump and the federal government for not enough help with testing this week. Counselor to the President, Kellyanne Conway, is firing back.

Conway says she has never heard Minnesota Governor Tim Walz speak up during their governor calls. He is not the only either—Conway says, “some of these governors, I’ve never heard them speak up on all the governor’s calls.”

“Nearly every day since the pandemic arrived in Minnesota, Governor Walz has communicated directly to the people of Minnesota. For over an hour, he answers questions from the press and provides detailed, science-based presentations on Minnesota’s efforts to combat COVID-19,” Teddy Tschann, spokesman for Governor Walz, wrote in an e-mail to WZFG News. “Governor Walz is not interested in finger pointing; he’s focused on keeping Minnesotans safe. He will continue to work in partnership with Minnesota’s cutting-edge health sector, innovative business community, world class universities, and all the Minnesotans who are making sacrifices to slow the spread. If Washington won’t lead, Minnesotans will.”

Tschann says Walz remains in close communication with both Republican and Democratic governors across the Midwest, working in partnership with them to make decisions about fighting COVID-19 and opening up the country. He also says the Minnesota Governor’s favorite part of his job is traveling his state.

“As the first Governor from Greater Minnesota in decades, Governor Walz’s favorite part of his job is traveling across the state and meeting Minnesotans in their local communities. Last year, he held over 600 events in 100 towns across the state, including many in Western Minnesota,” Tschann said. “While the pandemic is preventing him from traveling the state right now, he is working around the clock to build the State’s health care capacity and get Minnesota through the peak of the virus so everyone can get back to work and their everyday lives.”

In an exclusive interview Friday on What’s On Your Mind, Conway says there are a few governors that act one way, but say another.

“We have a few governors that are thankful for all we’ve done, and then they go on a certain cable news station, and they’re a totally different person,” Conway says. “They turn around and say they’re going to reopen the economy.”

She says that she feels that is a “little rich” to hear from governors that think the federal government is going to supply everything, including information and infrastructure, to fight COVID-19.

Minnesota received just over one billion dollars from the federal Coronavirus Relief Fund, appropriated to the state through the CARES Act.

Conway has one message for Walz: “We’re paying your COVID related expenses.”

She adds that there are other things COVID related that the federal government is paying for.

For the full interview with Kellyanne Conway, click here.