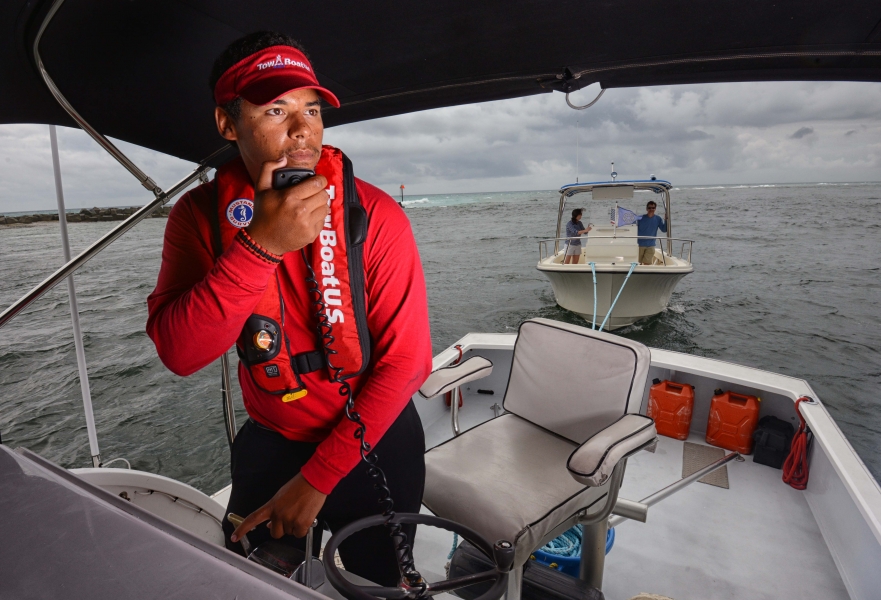 Will your VHF radio work when you need it? The Coast Guard has received reports of LED lighting causing interference. (Photo Courtesy of Boat U.S.)

With their low battery draw, cooler operation and sturdy construction, LED lights have been popular with recreational boaters. The lights may also be causing poor VHF radio and Automatic Identification System (AIS) reception, according to a Marine Safety Alert issued by the U.S. Coast Guard on August 15. The BoatUS Foundation for Boating Safety and Clean Water is urging boat owners to follow the Coast Guard’s simple test procedures for LED interference and report any instances to the Coast Guard Navigation Center.

The alert, issued for informational purposes, outlines reports received from mariners concerning radio frequency interference caused by LED lamps that “were found to create potential safety hazards.” In some cases, the Coast Guard says, the interference may cause problems if mariners need to call for help. The interference can affect VHF voice communications as well as Digital Selective Calling (DSC) messages, and it may also affect AIS because they also use VHF radio. In particular, masthead LED navigation lights on sailboats may cause problems due to their close proximity to antennas.

The Coast Guard advises that it is possible to test for the presence of LED interference by using the following procedures:

If the radio now outputs audio noise, then the LED lights are causing interference and it is likely that both shipboard VHF marine radio and AIS reception are being degraded by LED lighting. Potential solutions include contacting an electronics repair facility to address the problem, changing the LED bulb to incandescent bulb or fixture, or increasing the separation between the LED light and antenna.

The Coast Guard also requests those experiencing this problem to report their experiences to the Coast Guard Navigation Center by selecting “Maritime Telecommunications” on the subject drop-down list, then briefly describing the make and model of LED lighting and radios affected, the distance from lighting to any antennas and radios affected, and any other information that may help them understand the scope of the problem.

If you’d like to learn more about VHF DSC radio or AIS operation, BoatUS Foundation has online courses and a free DSC VHF tutorial at BoatUS.org.