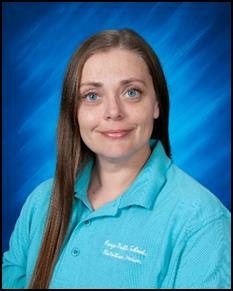 Fargo Public Schools (FPS) Kitchen Manager for Longfellow Elementary School Alison Beutler has been named the Fargo Public School District 2020 Support Staff of the Year.  Superintendent Dr. Rupak Gandhi made the surprise announcement outside of the FPS Operations Center on Tuesday, April 28 to the Nutrition Services staff members preparing student meals for distribution.  The announcement comes on the week of celebration of School Nutrition staff members, culminating on Friday, May 1 with School Nutrition Hero Day.

A Harvey, ND native, Alison Beutler began her employment with the Fargo Public School District in 2014. First hired as a Nutrition Services Central Kitchen substitute, Beutler’s work ethic and dependability was quickly recognized, and she became a cook’s assistant assigned to Longfellow Elementary School in January 2015. She assumed her current position in Fall 2018. As the Longfellow Kitchen Manager, Beutler supervises the kitchen and serving staff, plans menus, orders inventory, conducts training, and oversees the kitchen facilities.  Prior to working for the Fargo School District, Beutler worked as an assistant supervisor at Integrity Windows & Doors, on the Radisson Hotel housekeeping staff, and as a sales associate for J.W. Auto Parts.

Alison Beutler’s selection for Support Staff of the Year was based on recommendations that highlight Beutler’s positive attitude, her drive to be knowledgeable and efficient, and the relationships she has forged with the students and staff of the school, as well as her kitchen staff.  Beutler is described as friendly, focused, cooperative, and a professional at her job.  A Longfellow colleague shared, “What a difference she has made in the lives of all our children. She has taken the time to get to know many of the students and makes them feel at home. She often sits with them to solicit feedback on the menu and then works to implement [their suggestions.]” Other comments stated, “You will often hear music and singing by Alison and her staff. They truly love what they do, and the children of Longfellow see that. Seeing Alison smile and laugh on a daily basis is infectious, and it causes the children to do the same.” and “She makes the lives better of all the people she is around because of the type of person she is.”  Additionally, Beutler worked to add color and images to the walls of the Longfellow lunchroom to create a friendly, welcoming atmosphere for all.