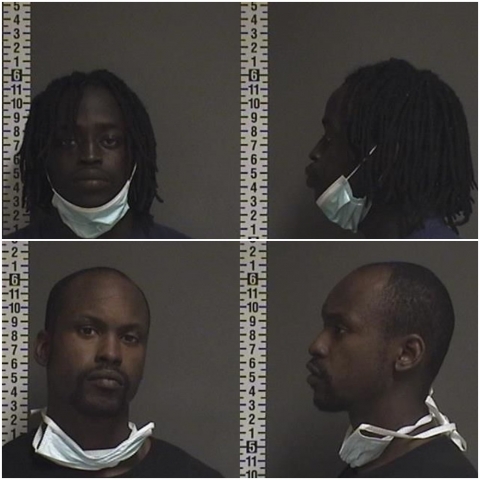 12:00 PM UPDATE: The deceased victim has been identified as Anquine Lamont White, 39 years old of Fargo. No further information is available at this time.

MAY 12 5:25 PM UPDATE: Reng Ayong, 21 years old, of Fargo, has been arrested for Reckless Endangerment, Possession of a Stolen Automobile, Felon in Possession of a Firearm, and Felony Theft of Property. Darrell Simmons, 28 years old with no permanent address, has been arrested for Criminal Conspiracy. This incident continues to be an active investigation. No further information is available at this time​

MAY 12 9:30 AM UPDATE: Valley News Live is reporting that one person has died, and another person is in surgery at a metro hospital, following a shooting before 8 this morning. Police say all people involved in the incident have been detained at this time.

MAY 12 9:10 AM UPDATE: Fargo Police responded to a call of possible shots fired at 7:40 a.m. in the area of the Northport Hornbachers in Fargo.

They currently have the area of 8th Street North to 25th Avenue North to Broadway blocked off, and are asking citizens to avoid the area, as this continues to be an active scene.

K-9 has been called in, and witnesses are being interviewed at this time.

Fargo Police say no one is in custody at this time, and they will be providing additional information throughout the situation.​

MAY 12 ORIGINAL STORY: Fargo Police are en route to a north Fargo neighborhood, where a shooting has been reported.

Officers were called to the scene, near the Northport Hornbacher’s, at around 7:40 a.m. Red River Regional Dispatch advises citizens to stay away from the area due to the large police presence.