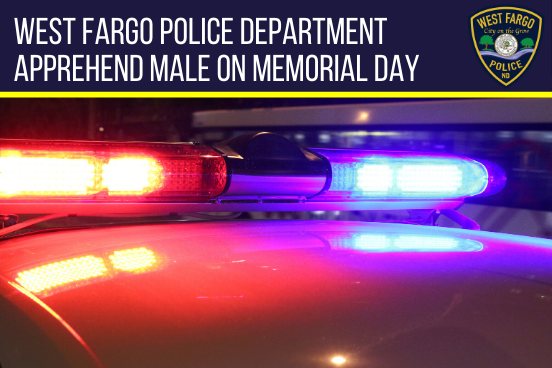 At approximately 3:58 p.m. Monday, West Fargo Police Department officers attempted to stop a vehicle for reckless driving in the 900 block of Sixth Street East. The vehicle did not pull over and fled from officers. The suspect vehicle led officers up Ninth Street East. where it lost control and crashed at the roundabout at Ninth Street NE and 12th Avenue NE.

The suspect, identified as Dillon Dullea, 28-year-old male, ran into a nearby field and was apprehended by officers. Dullea was brought to the Cass County Jail where he was booked for Fleeing in a Motor Vehicle, Reckless Endangerment, Driving After Revocation, Possession of a Stolen Vehicle, and a Felony Clay County warrant.

This case is currently ongoing and under investigation. The West Fargo Police Department has no further comment at this time.