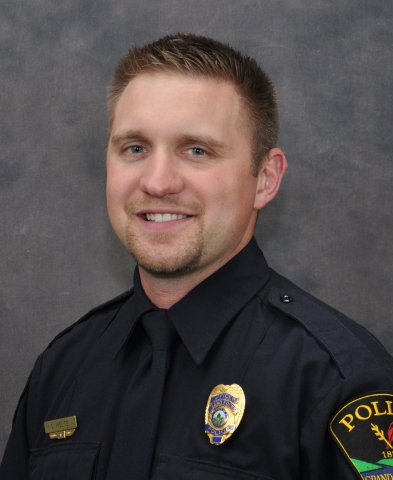 Funeral services have been announced for the Grand Forks Police officer who was killed by gunfire Wednesday in Grand Forks.

29-year-old Cody Holte was killed in a shootout, while responding to a call for backup from the Grand Forks County Sheriff’s office, whose deputies were serving civil service papers on the occupants of an apartment.

The funeral for Holte will be held in the Ralph Engelstad Arena on Tuesday. Visitation will be from 10 a.m. until 12 p.m., with the funeral service to commence at 1 p.m.

The visitation and funeral service will be open to the public.

The family of Holte, along with the Grand Forks Police Department and the Ralph Engelstad Arena, are cognizant of the importance of adhering to current public health guidelines. Event planning is being conducted with input of governmental and health officials. Protocols will be in place to ensure public health and safety, while honoring the life and service of Holte.

On Saturday, Holte’s family released a statement, which reads:

“We’d like to thank the community for the overwhelming outpouring of support. The messages, well-wishes and prayers for Cody and our family are a source of comfort in this time of sadness and grief. We also appreciate the media’s and the public’s respect for our privacy.

Cody was an incredible husband, father, son, brother, uncle, police officer and soldier. The list could go on and on. The impact he had on his family, friends and colleagues was immense and he will be missed dearly.

Thank you again for your continued support and respect.”