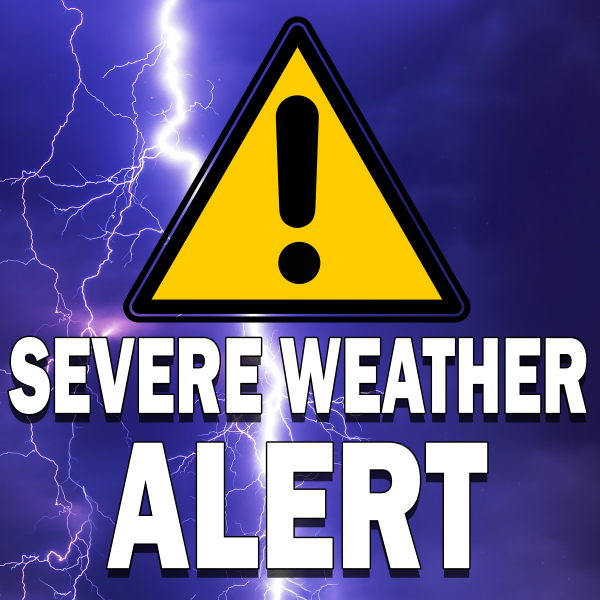 Sunday night brought strong winds and heavy rain across the Red River Valley, in addition to several severe thunderstorm warnings and a tornado warning for a portion of the region.

The Grand Forks National Weather Service office says it received a report of a tornado in the Larimore area just after 9 p.m., but it was determined to be a squall line, with a reported wind gust of 70 miles per hour. A Larimore Fire Department member reported to the weather service a gust of wind moved a fire truck, leading to the original tornado report, which was investigated.

In Traill County, Sheriff Steve Hunt tells WZFG News that multiple trees were downed at a farmstead five miles northeast of Mayville. The report came in just after 9 p.m. Hunt says his deputies were attempting to investigate the report, but, due to darkness, the investigation was hampered.

Hail, in excess of an inch-and-a-half, was reported throughout the region as the storm moved through.

When it hit the F-M metro, wind gusts peaked at 71 miles per hour at Hector International Airport, while a NDAWN station north-northwest of Fargo reported a 64 mile per hour wind gust.

Power outages also affected the region Sunday night. As of 10:55 p.m., Cass County Electric reported an outage affecting 619 customers; of those 619, 17 had been restored already. Xcel Energy reports 39 outages in the F-M metro, as of 10:55 p.m. Those outages affected more than seven thousand customers.

Stay tuned to AM 1100 The Flag and AM1100TheFlag.com for updates on this developing news story.