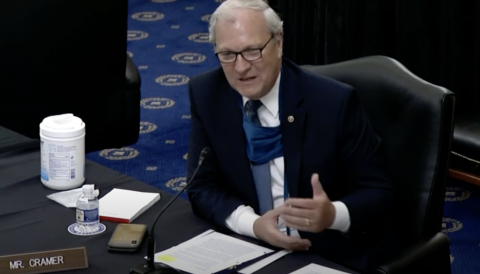 “While there are many examples of cumbersome bureaucracy, the struggle between federal agencies, landowners, farmers, and ranchers over water management continues to prove frustrating. One example is a technical and often overlooked issue with USDA,” said Senator Cramer. “In short, farmers are following the agency’s rules, but the agency is not.”

Senator Cramer submitted their comments for the record during the hearing and first mentioned them to Vought during a call last month.