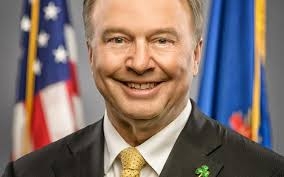 4:15 PM UPDATE: Due to tomorrow’s planned march in the downtown area, Fargo City Hall, the main downtown Fargo Public Library and Fargo Municipal Court will be fully closed on Friday, June 19 with employees working remotely. Members of the public are encouraged to utilize www.FargoND.gov/Virtual to reach these departments on Friday. Additionally, the main Fargo Cass Public Health building will be closed to the public after 1 pm on Friday; all client appointments after 1 p.m. will be rescheduled.

Concerns of community members have been heard and the City stands ready to protect the safety of residents, their livelihoods and City infrastructure.  The City of Fargo and the Fargo Police Department have spent the last several days preparing for potential threats and events this weekend and will continue to monitor developments.

Yesterday, Mayor Dr. Tim Mahoney issued an emergency declaration to prepare for an activation of appropriate resources and personnel if necessary. Earlier this afternoon, an amendment to the emergency declaration was issued to eliminate and rescind a portion of the declaration related to weapons that was found to be in contrast with state law. This declaration is a preparatory tool that allows extraordinary measures to be utilized only when absolutely necessary, such as curfews, evacuations of certain areas and road closures.

Mayor Mahoney remarked, “I remain extremely hopeful of constructive events this weekend and I wish the organizers, marchers and everyone a successful demonstration. We remind all parties of the desire of the event organizers for a peaceful and non-destructive weekend. I have signed an emergency declaration to ensure all resources are in place (if needed) to protect all members of our community, infrastructure and personal property.”

ORIGINAL STORY: Fargo Mayor Tim Mahoney today, citing "imminent danger" to the city, has enacted a State of Emergency and Executive Order for this weekend's planned marches by OneFargo and Black Lives Matter.  The order provides for city officials to potentially halt movement within the city, evacuate certain areas, prohibit movements of people and install curfews, close streets, and ban certain weapons.  The order does not specifically ban firearms, but does prohibit knives, missiles, and air rifles, among other items.

Friday's march is scheduled to begin at 9 am at Island Park and proceed through parts of downtown Fargo, with a stop at City Hall.  A Saturday march is planned to begin near North Dakota State University.

Mahoney, speaking on WZFG Radio, says he's been disappointed that productive discussions have halted with the two groups, and that recently the conversations have turned tense.  He says that a recent meeting began with group leaders reading him Miranda Rights, typically given to people being arrested.

Mahoney's order says there is "evidence that some protestors intend to carry weapons.....the march will become violent to persons and property, and will rise to a substantial and dangerous level of civil disobedience, disorder, riot, or other occurence."

The emergency declaration will be in effect until the mayor determines that the threat of emergency has passed.

WZFG Radio will be providing live coverage of the march on Friday morning beginning at 9 am.