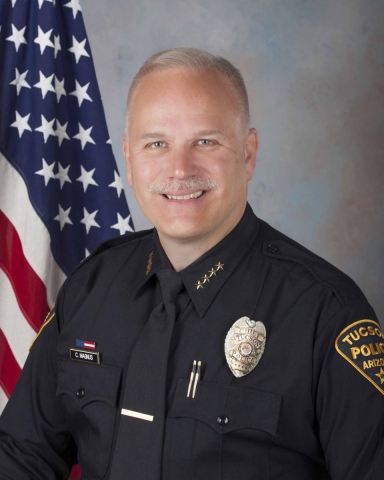 A former Fargo Police chief has offered his resignation, as the investigation into an in-custody death is underway in Arizona.

Chris Magnus now serves as the chief of the Tucson Police Department in Tucson, Ariz. On Sunday, Carlos Ingram-Lopez died while in custody of the Tucson Police Department. The medical examiner’s office could not conclude a manner of death but says Ingram-Lopez had drugs in his system and had an enlarged heart. He was physically restrained, Magnus said in a press conference.

“This is a terrible tragedy,” he said. “To demonstrate my willingness to take accountability for these mistakes, I am offering my resignation to the mayor, city council and city manager.”

Magnus served as the chief of the Fargo Police Department from 1999 to 2006, before becoming chief in Richmond, Calif.