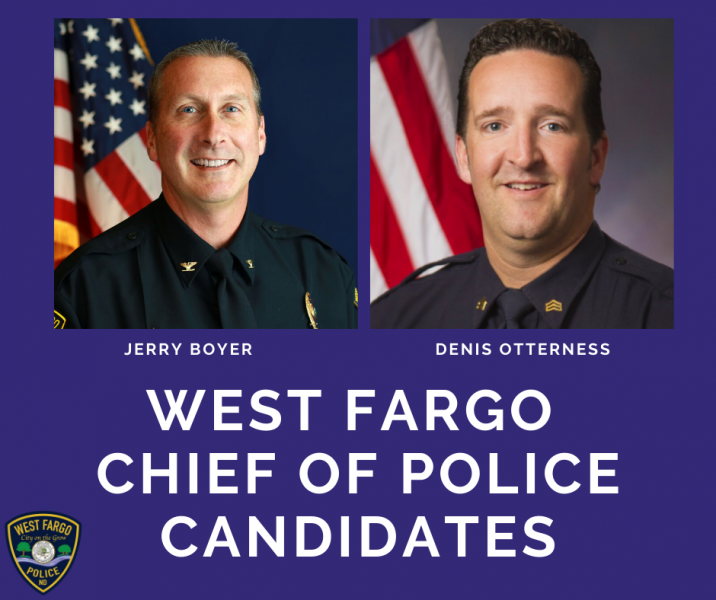 Jerry Boyer has more than 20 years of law enforcement experience, with at least 15 of those years serving the West Fargo Police Department. Boyer started with the department as an Officer, where he was promoted to the rank of Sergeant, Administrative Lieutenant and finally as the Assistant Chief. He is currently serving as the department’s Interim Chief.

Otterness graduated from University of St. Thomas in 2016 with a master’s degree in public safety and law enforcement leadership. He also served as an Adjunct Instructor of Criminal Justice for Normandale Community College.

A previously announced finalist has accepted a position with a different department and will not participate.