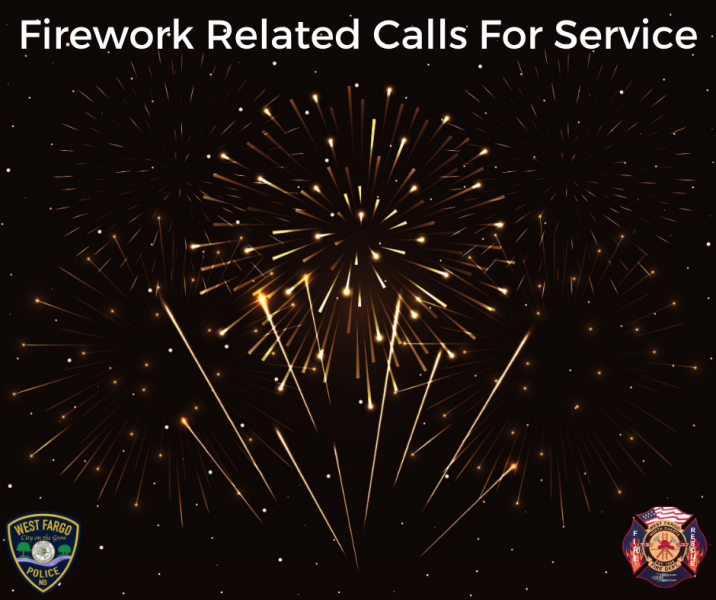 At 3:22 a.m., Sunday, July 5, the West Fargo Fire Department responded to a carbon monoxide call at 2142 14th St. W. in West Fargo. Upon arrival, firefighters were informed that the reason for the call was the resident had stored used fireworks in a plastic wheel barrow in the garage and it had smoldered, causing significant smoke damage in the attached garage.

The resident had extinguished the wheel barrow but was concerned about the CO levels produced by the smoke. West Fargo Fire Department crews performed ventilation on the house and garage and checked all occupants for CO exposure. There was smoke damage but no injuries were reported.

Firefighters were able to extinguish the fire but the vehicle was a total loss. Flames spread to another vehicle, and the back half of that vehicle was burned. An estimate of the damage for the second vehicle is not available. No injuries were reported. The suspected cause of fire was due to fireworks that were stored in the bed of the truck. This fire remains under investigation.

Between Friday, July 3, and Sunday, July 5, the West Fargo Fire Department also responded to two motor vehicle accidents, nine emergency medical services calls, two smoke alarm calls along with the above vehicle and carbon monoxide calls. During that same time frame, the West Fargo Police Department responded to 191 calls for service, 63 firework calls and 3 DUI’s. Out of the 63 firework calls, 50 of those calls were reports of fireworks that were shot off outside the designated time people were allowed to shoot off fireworks within the City of West Fargo.