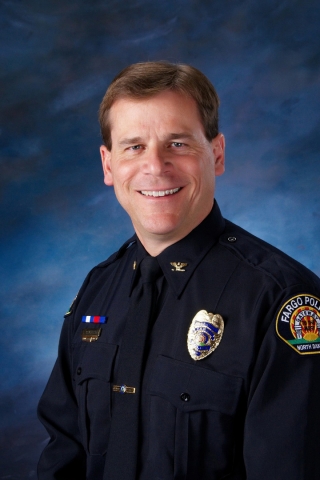 The City of Fargo has requested the North Dakota Attorney General’s Office conduct an investigation into former Fargo Police Deputy Chief Todd Osmundson’s actions during the march, protest and riot of May 30, 2020.

Consultations between Mayor Dr. Tim Mahoney, Police Chief David Todd and the City Attorney’s Office commenced at the conclusion of the Fargo Police Department’s internal investigation into Osmundson with all parties in concurrence that charges should not be pursued due to a lack of prosecutorial evidence. No additional evidence has been discovered since that decision was made. However, out of an abundance of transparency and to ensure impartiality, all parties feel it is important to seek an independent inquiry.

The Fargo Police Department transmitted all applicable information to the Fargo City Attorney’s Office, which then remitted the materials to the Attorney General’s Office. The Attorney General has been requested to refer the matter to the Bureau of Criminal Investigation (BCI) for investigation into Osmundson’s actions on May 30, including claims that he publicly consumed alcohol and incited a riot. The BCI has latitude to conduct the investigation in the matter it deems appropriate, including its own analysis of the evidence (including videos and photos), additional interviews if requested, etc.

Mayor Mahoney remarked, “In these unprecedented and difficult times in our nation, Chief Todd, the City Attorney’s Office and I felt it was important to request this independent review and investigation to eradicate any potential remaining questions by members of our community regarding Osmundson’s actions. While we feel there is a lack of sufficient evidence to charge Osmundson, this review will ensure an additional thorough review into the matter.”

Additionally, with respect to hypotheses offered by members of the media about whether Osmundson’s resignation was motivated by a fear of the potential loss of pension benefits, City ordinance and State law make the answer very clear. Fargo Municipal Code §6-0125 establishes that Osmundson is entitled to be paid his pension benefits at the time he leaves the employ of the Fargo Police Department.  North Dakota Century Code §40-45-15 provides that such right to pension benefits “... shall not be lost or forfeited by discharge or for any other reason.” It is important to note that the original version of that state law, enacted in 1937, created an exception for pensioners convicted of a felony but the law was amended by the North Dakota Legislature in 1977 to specifically remove the felony conviction exception.

City officials remind residents that speculative claims made on social media and elsewhere are oftentimes unfounded. In contrast, a factual third-party review is now underway through the initiation of BCI involvement.

Until the BCI investigation is complete, The City of Fargo and the Fargo Police Department will offer no additional comments.