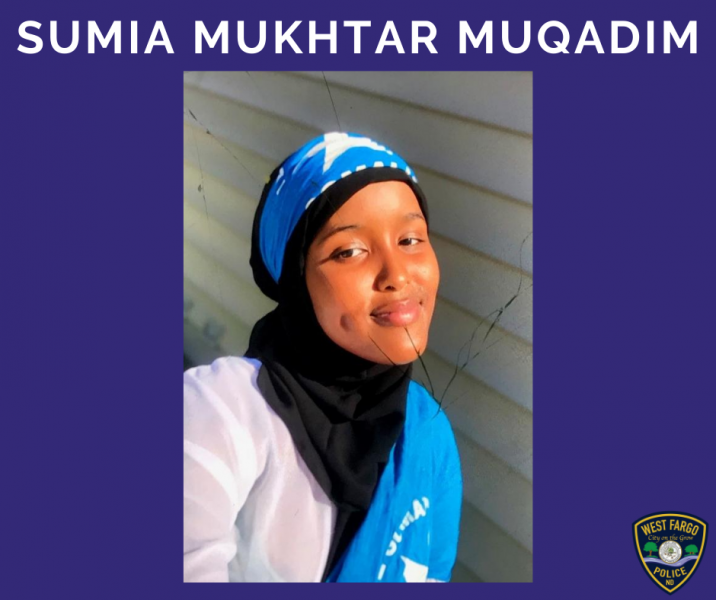 The West Fargo Police Department is asking for the public’s help in locating a 16-year-old female Somalian, Sumia Mukhtar Muqadim.

Sumia left home July 20, 2020, and has stopped all communication with family. Sumia is approximately 5’9” and is 146 pounds, with long black hair and black eyes. Sumia has no scars, identifying marks or tattoos. Unknown clothing as she has a change of clothes, although she has a long gray dress and a red dress with flowers with her and a pink hijab.

Sumia doesn’t have a vehicle, however she was seen on video at West Acres Mall being dropped off and picked up from two different vehicles by unknown individuals. If you have any information on Sumia’s whereabouts, or any other information that can be used to locate her, please contact the West Fargo Police Department at 701-433-5500.