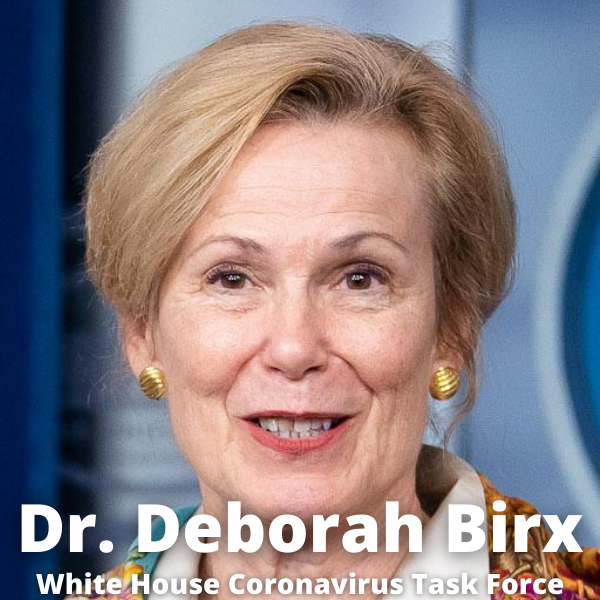 One of the top White House Coronavirus Task Force members, Dr. Deborah Birx, continued her tour across the United States Sunday, stopping in St. Paul. The stop in Minnesota's capital city comes a day after stopping in Fargo, where she met with local and state health and government officials regarding the continued Coronavirus pandemic across the United States. Birx had visited Duluth earlier this week, making Sunday her second Minnesota stop.

Along her trip, Birx says she saw both encouraging and challenging areas. She says the work to slow the spread is much different in the bigger cities than in the smaller ones.

"Throughout many of the places we have stopped in Minnesota, there is a real attention to these mitigation efforts in the urban areas," she says. "But there does need to be improvement out in the rural areas."

"We don't see that everywhere, that was very reassuring," she said.

Birx pled with Minnesotans to follow the guidelines to stop the spread, regardless of what they do. She specifically addressed protecting the vulnerable.

"If you've gone to a party, please don't interact with your grandparents or that aunt with a comorbidity, unless you're wearing a mask," Birx said. "We have to work to protect one another. We need to work together to protect the vulnerable."

Birx also touched on testing in Minnesota. She says Minnesota is "really getting testing into the nursing home." But, she cautions, there are vulnerable people across the state that need to be tested, as well.

There is a trend that concerns Birx: There are nine Minnesota counties that have a greater than 10 percent COVID-19 positivity rate.

"That trend is worrisome this late into the summer," she said. "We talked about how that's going to be tackled. It really comes down to every Minnesotan following the common sense path forward to ensure we protect each other. A lot of that pathway goes through wearing this mask, not just in public, but in private."

Birx says Minnesota Governor Tim Walz and other health officials requested the White House continue to provide flexibility in CARES Act funding past the end of the year. She says that request also has come from the tribal nations in Minnesota, a request she will take back to the White House. In return, the White House requested Birx ask Minnesota for "help to understand what is happening in the Twin Cities area, to really understand how we can further mitigate to bring those cases down."