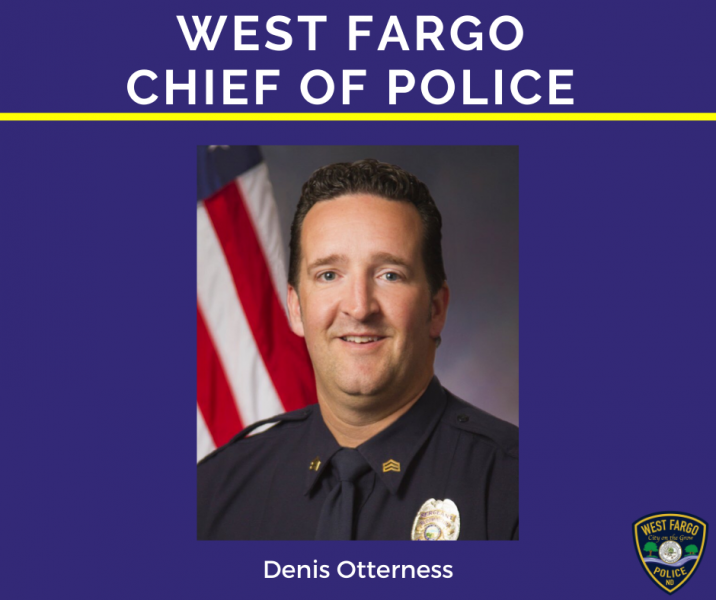 Denis Otterness was sworn in as the new Chief of the West Fargo Police Department during Tuesday’s West Fargo City Commission meeting.

Otterness brings over 29 years of sworn law enforcement experience in a variety of agencies. Otterness was the Montana State University - Billings Police Department Chief of Police and Emergency Management Director, which is a position he has held since 2018. Before that role, Otterness served the Bloomington Police Department from 1998 through 2018. He started there as a police officer and worked his way up to Deputy Chief. Otterness also served as a Task Force Officer with the United States Drug Enforcement Administration, adjunct instructor with Normandale Community College and began his career as an officer with the West Fargo Police Department.

Otterness has a master’s degree in public safety and law enforcement leadership from the University of St. Thomas, a bachelor’s degree in sociology with a criminal justice emphasis from North Dakota State University and multiple leadership certificates