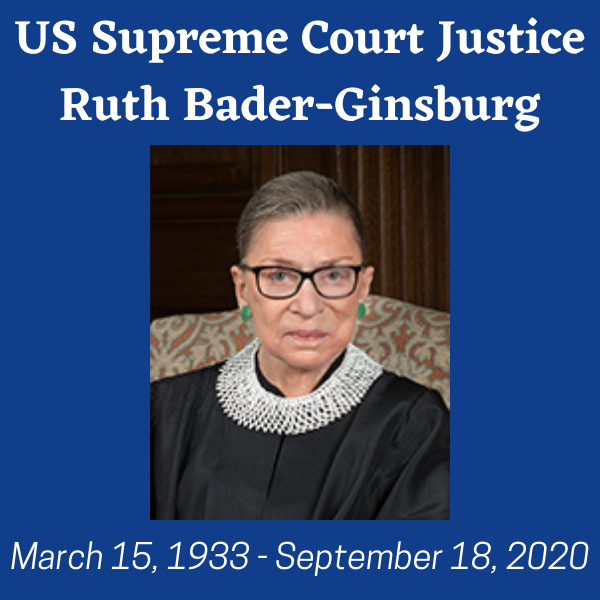 North Dakota Governor Doug Burgum and Minnesota Governor Tim Walz have directed all government agencies to fly the United States and state flags at half-staff. Flags will be flown at half-staff until the day of interment in accordance with the U.S. Flag Code.

North Dakota's lone Representative, Rep. Kelly Armstrong, issued a statement, saying, "Justice Ginsburg was a once in a generation American and a judicial titan. She was a pioneer, an advocate, and an incredible woman. My prayers go out to her family and loved ones."

North Dakota Senator John Hoeven also joined with his delegation partners saying, "Justice Ginsburg served on our nation’s highest court for more than 2 decades. The second woman to serve as a Supreme Court Justice, she will be remembered as a trailblazer who devoted her life to serving the American people. Mikey & I send sincere condolences to her loved ones."

President Donald J. Trump, shortly after a campaign stop in Bemidji, Minn., released the following statement: "Today, our Nation mourns the loss of a titan of the law. Justice Ruth Bader Ginsburg served more than 27 years as an Associate Justice of the Supreme Court of the United States—notably just the second woman to be appointed to the Court. She was a loving wife to her late husband, Martin, and a dedicated mother to her two children.

Renowned for her brilliant mind and her powerful dissents at the Supreme Court, Justice Ginsburg demonstrated that one can disagree without being disagreeable toward one’s colleagues or different points of view. Her opinions, including well-known decisions regarding the legal equality of women and the disabled, have inspired all Americans, and generations of great legal minds.

A fighter to the end, Justice Ginsburg battled cancer, and other very long odds, throughout her remarkable life. Our thoughts and prayers are with the Ginsburg family and their loved ones during this difficult time. May her memory be a great and magnificent blessing to the world."

A private interment service will be held at Arlington National Cemetery, according to the United States Supreme Court.