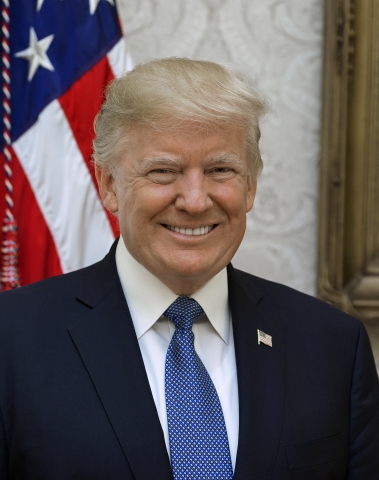 On Saturday, President Donald J. Trump signed into law S. 227, Savanna’s Act, which directs the Department of Justice to develop law enforcement protocols to address the issue of the tragedy of Missing and Murdered Native Americans.

Savanna’s Act, named in memory of North Dakota resident Savanna LaFontaine-Greywind who was brutally murdered in 2017, seeks to combat violence against the most vulnerable members of the Native American community. Specifically, the bill:

Senator Kevin Cramer helped introduce this legislation in January of 2019 and was presiding when the Senate passed it in March of this year.

“Thanks to President Trump for signing Savanna’s Act into law and for his steadfast protection of the most vulnerable among us. Savanna’s life was lost far too early. I hope this legislation serves as a remembrance of her story and prevents other tragedies from occurring," Cramer said in a statement.

Senator John Hoeven, who also helped introduce the legislation and is a member of the Senate Committee on Indian Affairs, remarked on the signing as well.

“We appreciate the President signing Savanna’s Act into law. This legislation addresses a tragic issue in Indian Country and will help to establish better law enforcement practices,” said Hoeven. “Savanna’s Act is part of our efforts to strengthen public safety in tribal communities. In addition to Savanna’s Act, we’ve also worked to secure funding to establish a tribal law enforcement training center in North Dakota and yesterday (Friday) we marked the opening of this new facility at Camp Grafton.”

Fargo Public Schools to work towards in-person instruction
2 hours 14 min ago
Moorhead Police identify man in suspicious death case
2 hours 45 min ago
The folks at Fix it Forward Auto Care are giving away their 250th car!
4 hours 41 min ago
Lt. Gov. Sanford clears the air. New guidelines are not a mandate or a misdemeanor.
4 hours 48 min ago
Who has the better tax plan, Trump or Biden?
4 hours 58 min ago
Michelle Fischbach: Don't believe everything you see on tv, there is a lot of garbage out there right now...
5 hours 8 min ago
Going on a hunting trip soon? Dr. Zimmerman tells us why getting an alignment may make things much easier...
5 hours 22 min ago
Sprinkler system extinguishes Fargo structure fire
October 18, 2020 - 11:59am
West Fargo Public Schools to remain in hybrid model
October 18, 2020 - 11:35am
Moorhead Police investigating suspicious death
October 18, 2020 - 11:02am