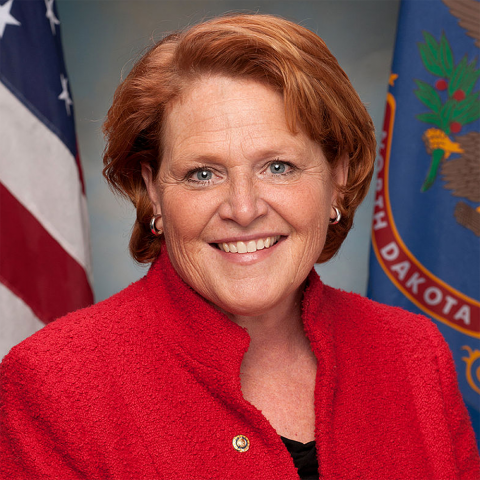 U.S. Senator Heidi Heitkamp, a member of the Senate Agriculture Committee and the Farm Bill conference committee, today issued the following statement on the status of Farm Bill negotiations as the current bill is set to expire at midnight tonight.

“After the Senate passed a strong Farm Bill with historic and overwhelming support from Republicans and Democrats, it's disappointing that House Republicans continue to push for partisan and regional provisions that have no chance of building the bipartisan coalition necessary to pass a final bill and give certainty to our farmers, ranchers, and rural America. Particularly at a time of turmoil in farm country due to the administration's trade war, it is also disappointing that the House took a break in August and much of September— and has now adjourned until mid-November. Americans expect members of Congress to get to work and do their jobs, but passing a strong Farm Bill is clearly not the priority it should be for House Republicans who want to keep pushing partisan provisions— including provisions that leave North Dakota farmers behind. We're working to make sure many of these farm programs are able to operate for another few months, but Congress is sending the wrong message to farmers and ranchers in the middle of harvest who desperately need certainty and are instead now being told they won't get it. Chairman Roberts and Ranking Member Stabenow are working in good faith to get a deal done quickly, and we need House Republicans to commit to coming to the table to compromise so Congress can do its job to support farmers and ranchers. I’ll continue to work toward passing a final bill as soon as possible, and House Republicans should join the Senate to put politics aside and get back to work on behalf of farm country.”