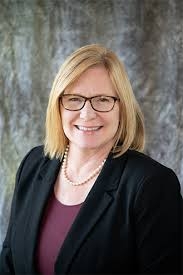 Michelle Fischbach, the Minnesota 7th District Republican nominee, has filed the October quarterly report with the Federal Election Commission, for the time period including receipts and expenditures for July 23 through September 30, 2020.

The campaign raised just over one million dollars in the quarter, the most raised in a single quarter by any candidate in the district's history. Throughout the cycle, the campaign raised more than $1.9 million.

“Donor enthusiasm is clearly on the side of Michelle Fischbach,” said David FitzSimmons, Fischbach Campaign Manager. “We have outraised (Collin) Peterson, again, for the fourth straight quarter with almost 19,000 individual donors. But Collin Peterson keeps being bailed out by Nancy Pelosi and other special interests. Pelosi is spending more against Michelle Fischbach than anywhere else in the nation. Collin Peterson is bought and paid for by Pelosi and the D.C. Swamp.”