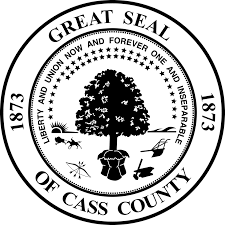 The lead election official in Cass County says the county’s system, which was purchased from a company the county has worked with since the 1980s, is “real secure.”

Mike Montplaisir, Cass County Finance Director, told the Need To Know Morning Show on Monday morning that all North Dakota counties use the same system, which was purchased by the North Dakota Legislature during the last legislative session. In a year where election fraud is on the minds of many across the United States, Montplaisir praised the system North Dakota uses.

“We double check all of their systems to make sure they work,” he says.

None of the equipment used on election day is ever connected to the internet. The scanners, which count the ballots on site, are not connected. When the day is done, the scanner’s media, which holds the results, are uploaded to a control computer, which is located in a secure vault within each county. That computer is also not connected to the internet. Finally, when the election results are ready to be sent to the North Dakota Secretary of State’s office, they are done so through a secure connection to the state.

“There are a lot of safeguards in place,” Montplaisir says.