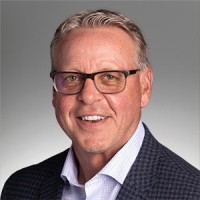 Greg Stemen, who is a Senior Community Relations Specialist for Sanford Health, has been appointed to the spot in the House's District 27.

"I am humbled and honored to be entrusted to serve my state and the citizens of District 27," Stemen tells Flag Family Media News.

His public service includes a spot on North Dakota's State Board of Higher Education.

Stemen says that, as a new member of the state legislature, he will be, many times, in a "seen but not heard" role.