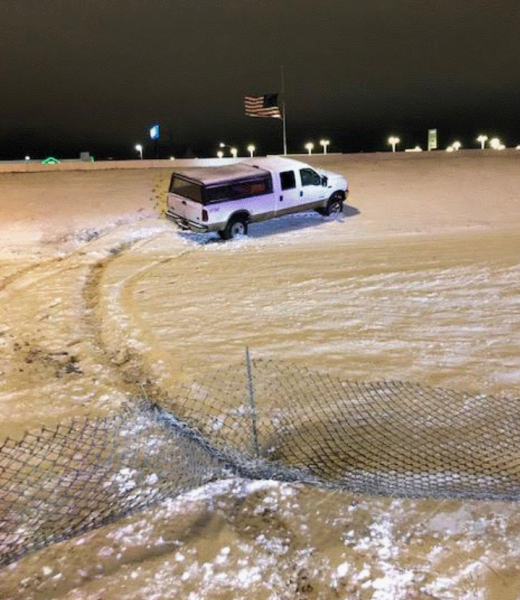 Early this morning, Jan. 15, 2021, shortly after 1 a.m., a Fargo Police Officer attempted to make a traffic stop on a white Ford pickup traveling in the area of 28 St. and Fiechtner Dr. S.

After the officer turned on their red and blue emergency lights to signal the driver to pull over, the driver accelerated and fled from the officer. The officer did not pursuit, but followed in the direction the vehicle fled. The officer located the vehicle where it had crashed through the interstate fence and was stuck in the east ditch of the northbound lane of Interstate 29 at approximately 4 Ave. S.

The driver was gone upon their arrival. Officers followed shoe prints though the fresh snow for approximately 15 minutes, and eventually located the suspect laying behind a fence in the Southwest corner of the ND Department of Transportation parking lot, 503 38 St. S. Officers identified the male as 35 year old, Nathan Thomas Wahl, of Fargo. Wahl was arrested for multiple warrants and fleeing in a motor vehicle.