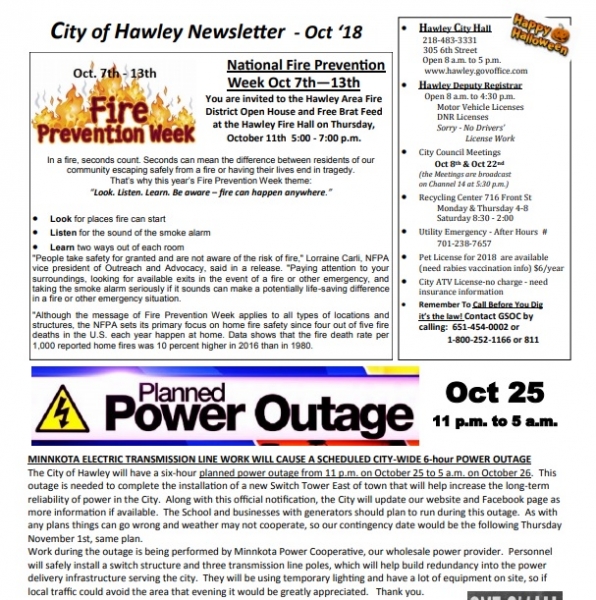 WZFG News has heard from residents in the City of Hawley, Minnesota, regarding last night’s scheduled power outage.

According to MinnKota Power spokesman Ben Fladhammer, the outage was needed to complete the installation of new equipment that will help increase the long-term reliability of power in the community.

David Harley, a resident of Hawley, tells WZFG News that the only notification of the outage came recently, in their monthly electrical bill.

Harley says the notice, which came on a newsletter, was the size of a small piece of paper. He also says there were several people who he talked to that “had no idea” about the outage.

With a clinic in Hawley, Sanford Health Spokesperson Nadine Aljets said Thursday night that Sanford was planning to “run as normal” on Friday morning.