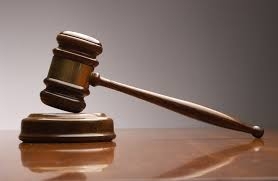 Dan Borgen, attorney for William Hoehn, says his client will appeal his sentence to the North Dakota Supreme Court.  Hoehn, 33, was sentenced in Cass County District Court on Tuesday, October 29th, to life in prison with the possibility of parole in the kidnapping of Savanna Lafontaine-Greywind’s newborn baby after his ex-girlfriend, Brooke Crews, killed Lafontaine-Greywind.  Hoehn, 33, had pleaded guilty to conspiring to commit kidnapping in the abduction of the baby, but was found not guilty of conspiracy to commit murder.  The baby was violently cut from the womb of the 22 year old Lafontaine-Greywind in Fargo, in August of 2017.  The maximum prison sentence on the kidnapping charge was 20 years, and the charge of lying to police carried a maximum sentence of one year, but prosecutors argued that Hoehn is a dangerous offender, which should elevate the sentence to life in prison.  Cass County District Judge Tom Olson agreed, and imposed the life sentence with the possibility of parole.  Hoehn now faces a minimum of 25 years in prison.  In a statement provided to WZFG News, Borgen said "Mr. Hoehn is going to appeal the judge's sentence to the North Dakota Supreme Court.  As such, Mr. Hoehn's case remains open, and I will not comment on an open case."